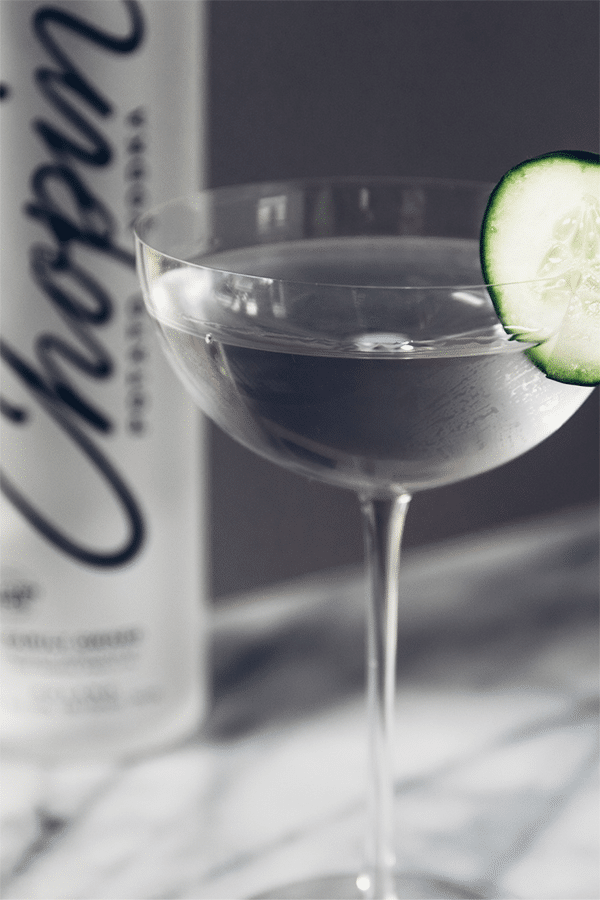 Disclosure: Chopin Vodka hosted me for a vodka tasting at The Pierre Hotel in New York City. As always, all opinions expressed are my own. Please drink responsibly. 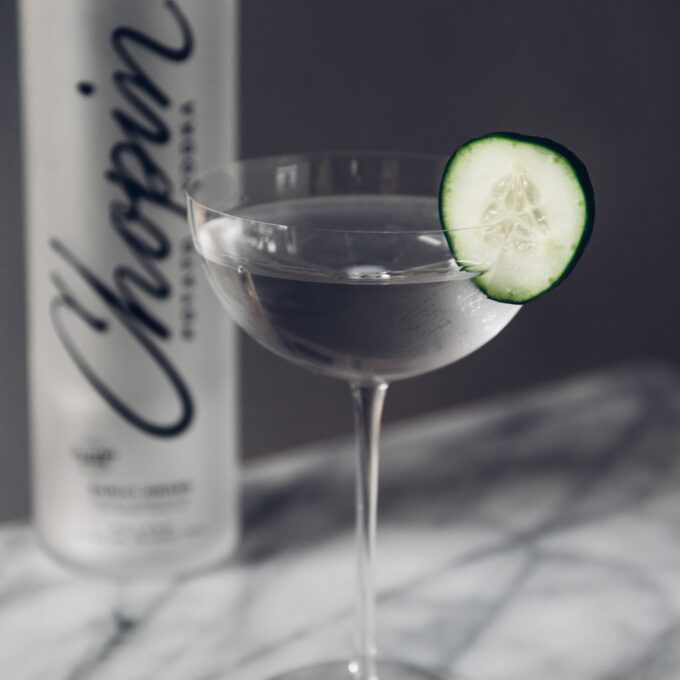 When you think of vodka, what descriptors come to mind? Odorless? Colorless? Tasteless?

For most of my adult life, I’ve viewed vodka through this lens.  I haven’t had much of an understanding of what defines vodka or the nuances between various styles.

Sure, I’ve been able to discern which bottles I’ve liked best for cocktails. Beyond that, as a consumer, I truly knew nothing about vodka.

That is, until I attended a guided vodka tasting with Tadeusz (Tad) Dorda; founder and CEO of the renowned Polish distiller, Chopin Vodka. With the backdrop of The Pierre New York’s Rotunda, Dorda completely transformed my conception of what vodka can (and should) be.

In this post, I’ll take you through notes for each of the spirits we tasted, starting with the single-distillation spirits at the foundation of Chopin’s vodka portfolio. Then, you’ll see how they connect and compare to the three styles of Chopin’s quadruple-distilled vodkas themselves. 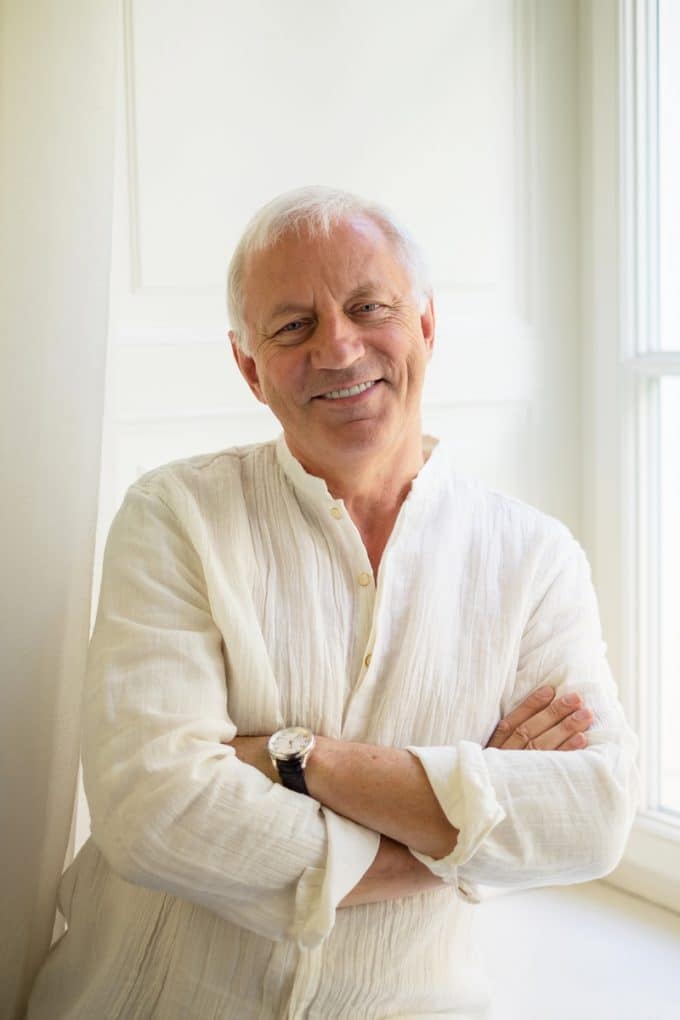 Chopin Vodka is family-owned producer, based in a pastoral 19th-century distillery in the village of Krzesk, Poland. The Dorda family makes their small-batch craft vodkas from locally-sourced raw ingredients, selected with a discerning commitment to quality.

The Chopin Vodka portfolio has won numerous awards since its branding in 1992, placing it in the top rankings of the global vodka market.

Dorda’s passion for his craft is palpable. He speaks about vodka distillation and the Chopin portfolio with a great deal of expertise, and a deeply-rooted passion and respect for tradition.

Much of Chopin’s production process is still completed by hand. As you can see in the photo below, Chopin’s distillery even utilizes its original copper still.

Chopin Vodka is named for none other than Polish, Romantic-era composer, Frédéric Chopin. (If you’ve been a longtime Striped Spatula reader, you might remember that I’m a classically-trained pianist, and that my favorite composer is Chopin. At first glance, I was drawn to the brand by name alone!)

Chopin Single Ingredient gives the consumer the opportunity to experience each style’s terroir (the flavors and aromas owed to the environment in which the raw ingredients grow; soil, climate, etc.) more prominently.  Multiple distillations soften these notes.

Single Potato is the heaviest of Chopin’s single ingredient spirits. It has an autumnal or wintry feel.

In appreciating the aromas before my first sip, there was no question that this spirit is made from potatoes. The familiar aroma of the potato starches is unmistakable. While the flavor is earthy, Single Potato is creamy on the palate. 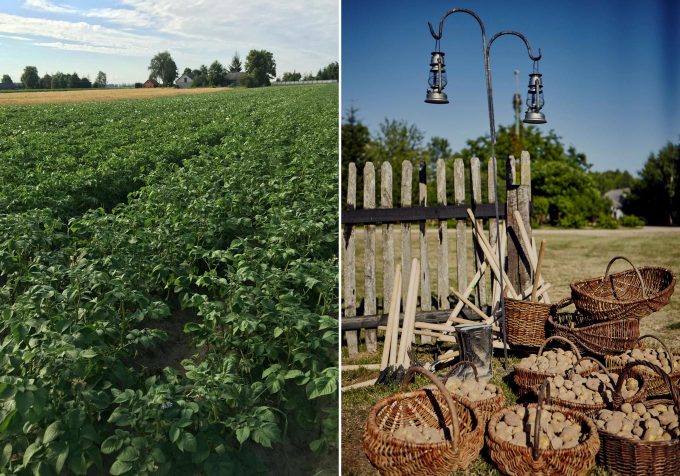 Chopin makes its Single Potato from a blend of late-harvest potatoes with a high starch content. Depending on the weather conditions during the growing season, harvest occurs between September and November each year.

As Dorda explained, vintages of Single Potato will have different characteristics, as the potatoes will taste differently from year to year.

Single Potato vodka does not require chilling to appreciate its flavors and aromas. You can enjoy it neat, at room temperature.

This spirit has more of an alcohol aroma than the Single Potato, but the rye itself is not as assertive. On the palate, the flavor of the rye finishes with a pleasant bitterness.

As Dorda noted, this bitter quality is particularly useful when you mix the spirit with sugars.

Single Wheat was the lightest and most summery of the single-distilled spirits. With a subtle aroma and a light taste, it reminded me the most of what I’ve come to expect from vodka itself.

Sipped on its own on the summer afternoon of the vodka tasting, I found myself repeatedly drawn back to the Single Wheat.

Chopin produces its vodkas by distilling the Single Ingredient spirits an additional three times for a total of four distillations. This almost entirely removes the primary aromas described above, leaving delicate nuances in bouquet and flavor to discern them. 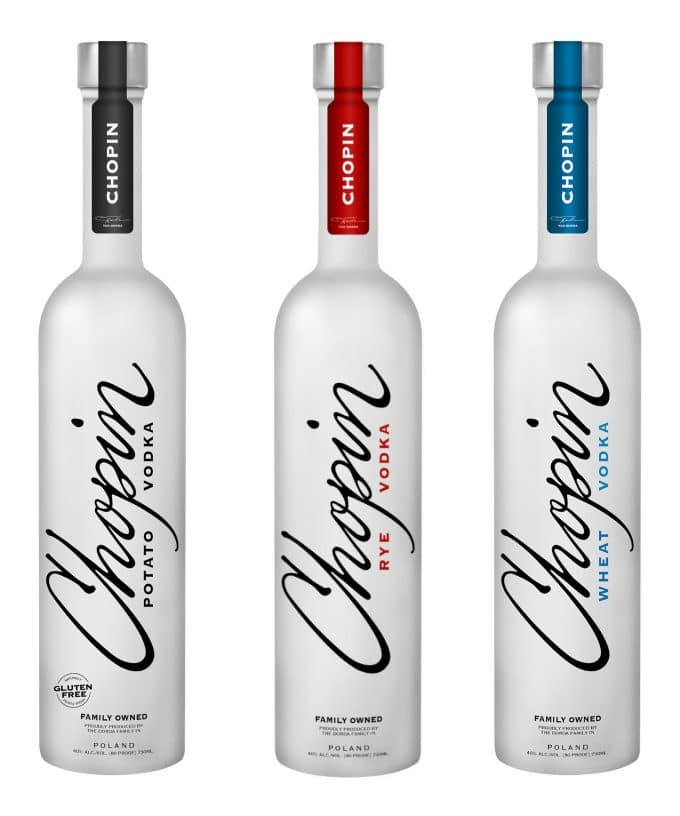 While potatoes are the traditional choice for vodka, there are comparatively few potato vodkas on the market today. Dorda explained that it is more expensive to make potato vodka than some of the other popular styles (like corn). Making potato vodka requires additional work, such as washing the potatoes. 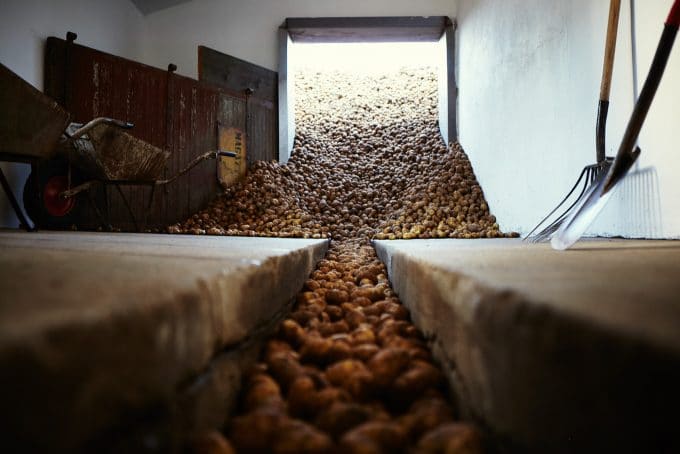 Only a small percentage of the actual potato solids are consumed in making vodka. Those that remain go back to the distillery’s local farmers to feed the animals, so there is no waste.

While the aromas of the potatoes have been distilled out of the late-harvest Single Potato spirit, the creamy quality remains upon sipping.

This is the kind of vodka that’s perfect for enjoying on its own or in a martini. (Though, I’ve since used it in a few mixed creations when entertaining and we’ve enjoyed it very much.) 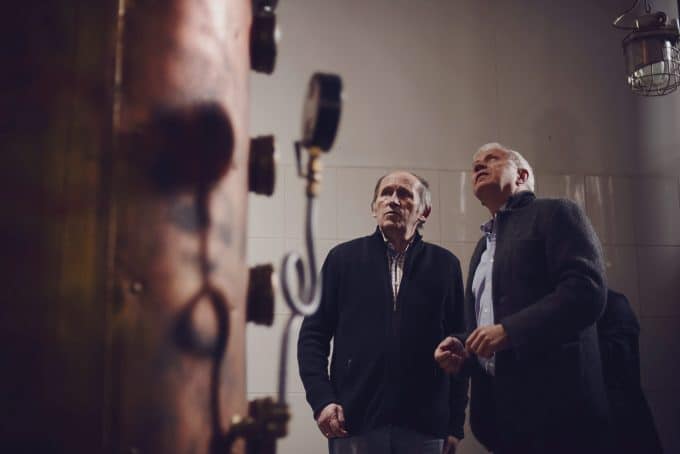 As with the potato vodka, the distillation process removes much of the Single Ingredient Rye’s aroma. The pleasantness of the bitter finish, however, remains.

Chopin’s rye vodka has a crisp, peppery quality and would be the perfect choice for a Bloody Mary or your favorite sweet cocktails.

Like its single ingredient counterpart, Chopin’s wheat vodka was the sweetest and most delicate of the selections. I found it quite sippable.

Dorda cautioned that wheat vodka is easy to overpower, so it’s important to be thoughtful about what you’re mixing it with. Think light, summery cocktails, or enjoying it on its own. 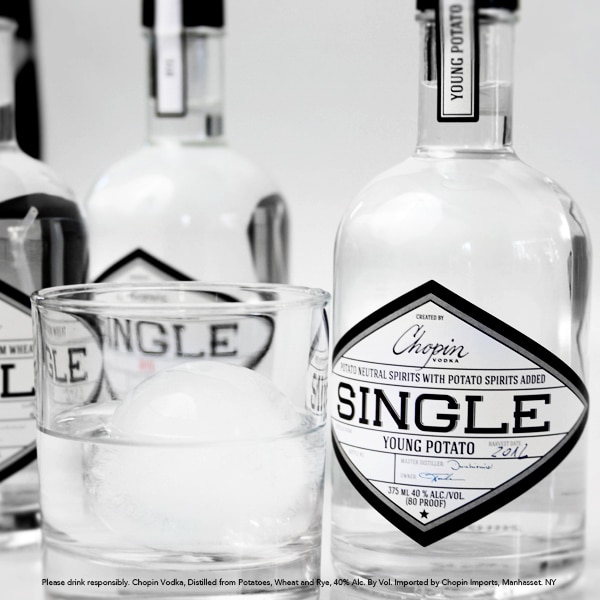 While the single-distilled spirit and potato vodka described above hail from late-harvest potatoes, Chopin also offers a young potato spirit.

So, they’re only in the ground for 2-3 months, as compared to 5-7 months for the late harvest.

When I tasted Chopin’s 2015 Young Potato, I immediately noted that it didn’t have the heavy, earthy aroma of the late-harvest potato. It was ethereally smooth on the palette. I, and the guests seated nearest to me, repeatedly remarked on how much we loved it.

Before I had the honor of meeting Tad Dorda, I typically used words like “terroir” and “bouquet” to discuss wines, not vodka. With Chopin’s portfolio, however, they fit quite well. There is so much more to vodka than the colorless, tasteless liquor to which many consumers, myself included, have been conditioned.

I hope that you have found these vodka tasting notes as enlightening as I have, and that they will inspire you to explore the world of vodka more fully.

If you aren’t quite ready to sip your vodka neat, don’t miss the Chopin Spring Equinox, a beautiful cocktail served at the tasting event. Chopin and Perrine at The Pierre have shared the recipe with me and it’s a wonderful cocktail for entertaining.

For more information about Chopin Vodka’s portfolio, visit them on the web at chopinvodka.com.