Home » Tutorials » All About Feta and How To Use It 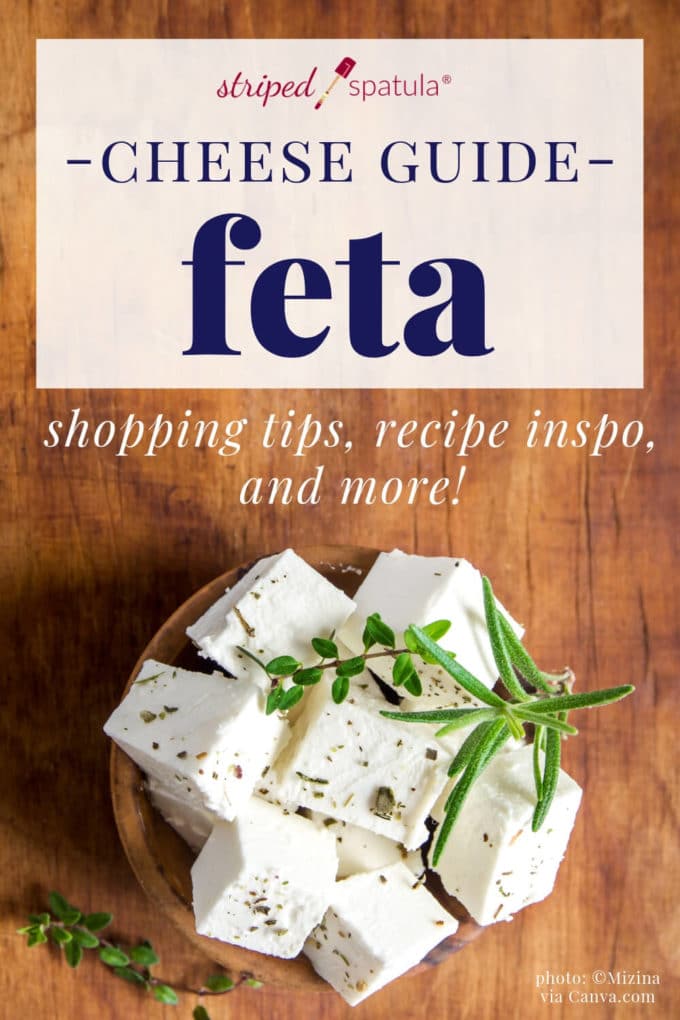 Whether you’re new to Feta cheese or a longtime Feta fan, this cheese guide is for you! In this post, you’ll learn the history of one of the world’s oldest cheeses, how to shop for it, and inspiration for how to enjoy it at home. Feta fans unite! 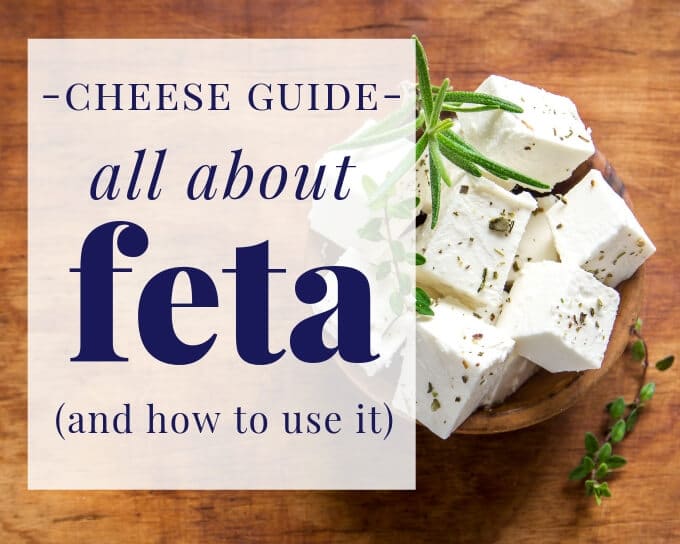 What is Feta Cheese and Where Does it Come From?

Feta is a white, brined cheese traditionally made with sheep’s milk or a combination of sheep’s milk and goat’s milk. It is one of the oldest and most well-known cheese styles in the world, with origins that date back to ancient times. In fact, the production of an early feta-style cheese is described in Homer’s Odyssey!

Traditional Feta has a salty, tangy, flavor and a firm, yet creamy texture that lends itself well to crumbling. The texture and aroma of Feta cheese can vary based on the type of milk used, the vessel it ages in, and the length of the aging process.

Most Feta is aged anywhere from 2 to 12 months in barrels, tins, or baskets. Barrel-aged Feta tends to be brined the longest, creating a sharper, more complex flavor. Fetas produced in baskets or tins age for less time and are generally lighter in flavor. 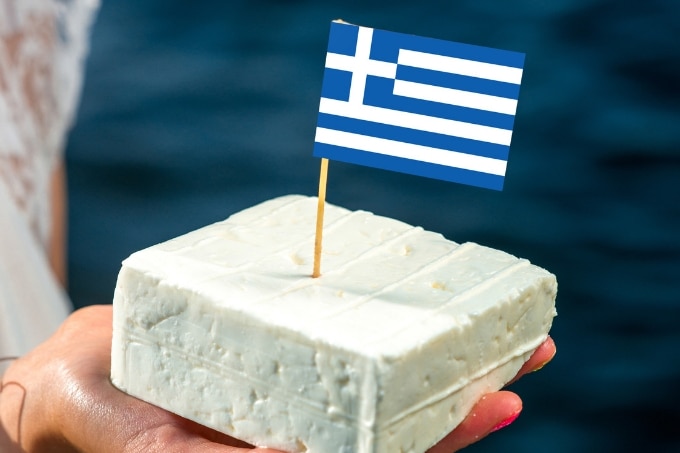 Feta in the European Union: A Protected Greek Product

In 2002, the European Union granted Greece Protected Designation of Origin (PDO) status for Feta. PDO upholds quality standards of traditional, regional foods and protects their integrity in the marketplace. This means that any cheese labeled “Feta” in the EU must meet certain production requirements.

PDO Feta must contain at least 70% sheep’s milk, and/or up to 30% goat’s milk and come from certain areas of Greece. The designated regions are Peloponnese, Epirus, Central Greece, Macedonia, Thessaly, Thrace, and the islands of Lesvos and Cephalonia.

But Wait…I’ve Seen Cheeses Labeled “Feta” From Other Countries!

Yes, you have! Especially if you live in the United States. Here’s where things get tricky. For now, PDO regulations don’t apply to all countries outside of the EU.

Some countries have agreements with the EU to honor them, and others do not. While there have been efforts extend the restrictions to PDO products produced and sold globally, they’ve faced some pushback.

Feta-style cheeses have existed with regional variations outside of Greece for hundreds, if not thousands of years. In fact, a battle between Greece and Denmark over Danish cow’s milk “Feta” sparked the PDO designation in the first place.

Bottom line: it isn’t permissible to sell a non-Greek Feta-style cheese as “Feta” in the European Union and countries that have agreed to honor PDO. You’ll often see the term “white cheese” instead. In the US, though, “Feta” is currently fair game. 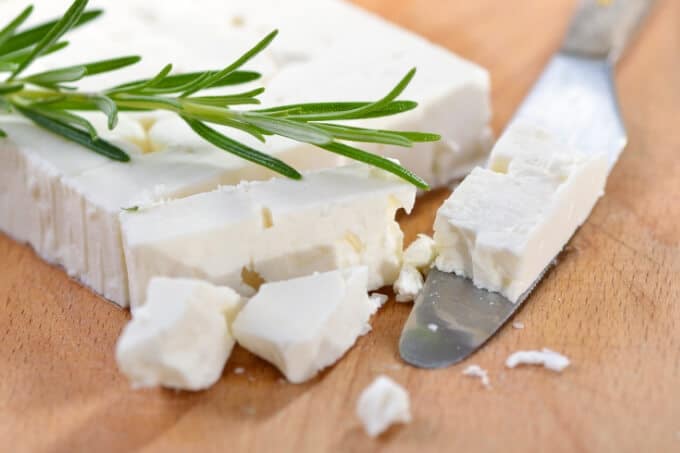 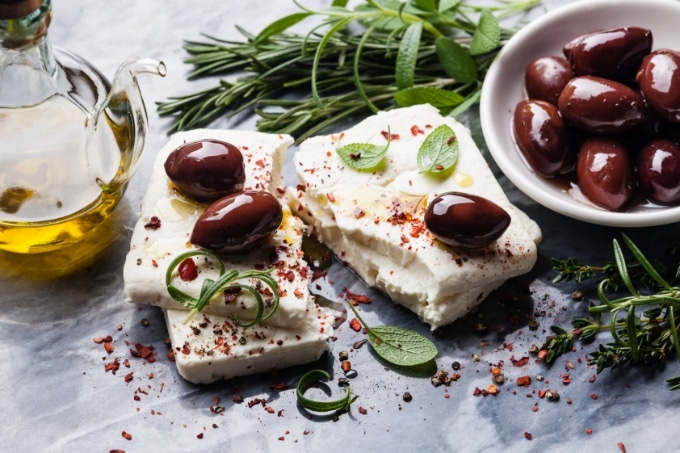 You can find imported Greek Feta and Feta-style cheeses in the specialty cheese case at the grocery store, international markets, and gourmet cheese shops. Here are some of my tips for buying the best!

Recipe Inspo: Ways to Use Feta

Chickpea Salad with Lemon Vinaigrette and Feta
Chickpea and Feta Salad is wonderful served as a light lunch with a wedge of warm flatbread, or as a side dish to an array of grilled meats and seafood.
Get the recipe 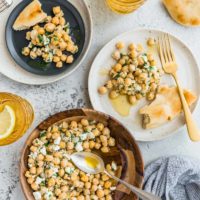 Leftover Lamb Pita Board
Turn your leftover holiday lamb roast into an inviting Pita Board! Everyone gets to choose their favorite add-ins for a casual, fun, self-serve presentation.
Get the recipe 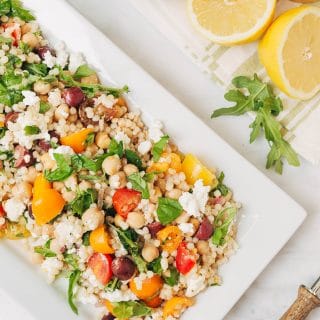