Zeppole are fried, sugared Italian pastry made from a simple yeast dough. Dip the warm zeppole into chocolate hazelnut spread for an extra-special treat! 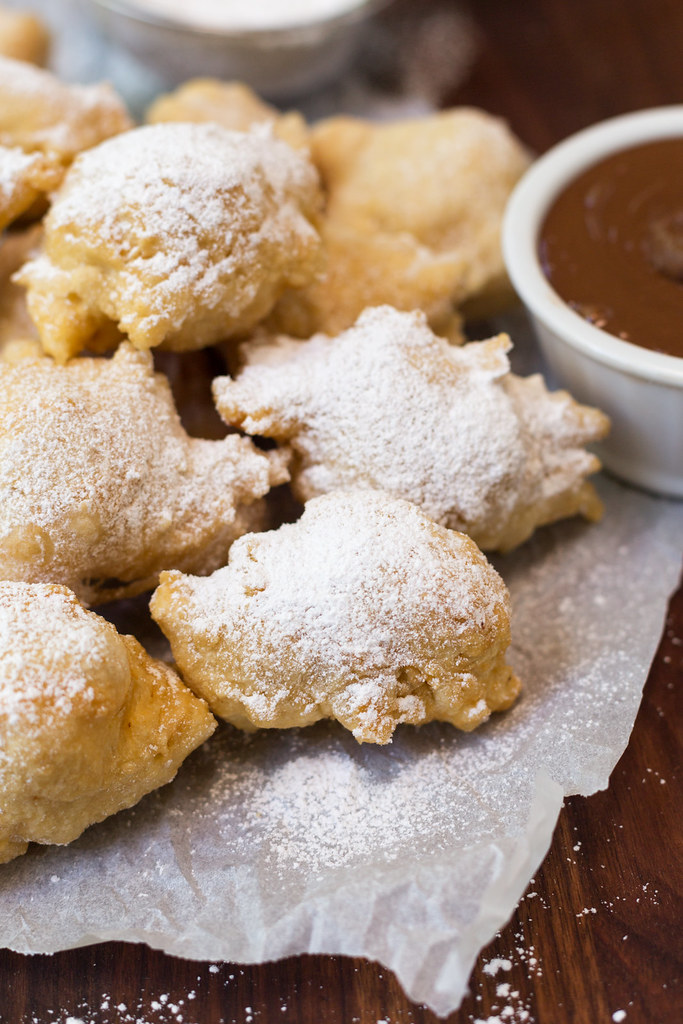 My heart is always warmed by how well “Josephine’s” recipes are received when I post them on the blog. In truth, of all the restaurants I’ve visited and recipes I’ve made, my late grandmother’s heartfelt dishes are some of my favorite foods.

I can only imagine how excited she’d be to know that people are making and enjoying her recipes.

Today, I’m sharing Josephine’s Zeppole, fried Italian pastries. While there are about as many recipes for zeppole out there as there are Italian grandmothers, the version Nanny made uses a loose yeast dough, dropped into hot oil by the tablespoonful, and fried into beautifully irregular shapes.

Soft and chewy with a slightly crisp exterior, Nanny tossed the warm zeppole in plain granulated or cinnamon sugar or, more traditionally, sprinkled them liberally with powdered sugar.

As if they weren’t indulgent on their own, a dip in chocolate hazelnut spread takes the already delicious puffs to the next level. I’m really not sure who stumbled upon that pairing, but sweet, fried dough and Nocciolata is a match made in cheat day heaven! 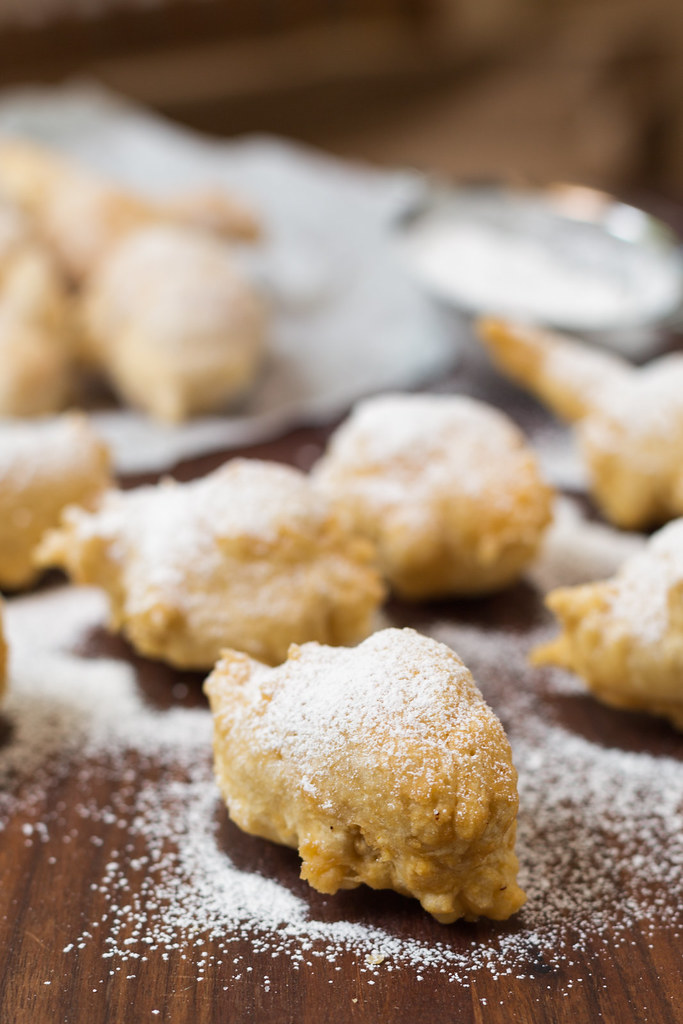 While zeppole are a sweet dessert, the dough itself is not sweet at all. In fact, there’s only a quarter of a teaspoon of sugar in the recipe to help feed the yeast. The sweetness comes entirely from the sugar coating after frying.

As with many traditional dishes, zeppole recipes tend to vary by region and family. Some doughs include mashed potatoes, others leave out the yeast and make more of a thickened fritter-type batter with ricotta cheese and eggs.

Zeppole are often served at Christmas and New Year’s, as well as festivals. Most notably, a filled version are traditional for Saint Joseph’s Day in March. San Giuseppe Zeppole are usually made from a choux pastry and filled with custard or sweetened ricotta.

For a savory treat, some recipes adopt a Calabrese flair, omitting the sugar at the end and stuffing the zeppole (also known as sfinge) with anchovies. All wonderful in their own right, but my grandmother’s simple recipe is my favorite (though I might be biased in that assessment!). 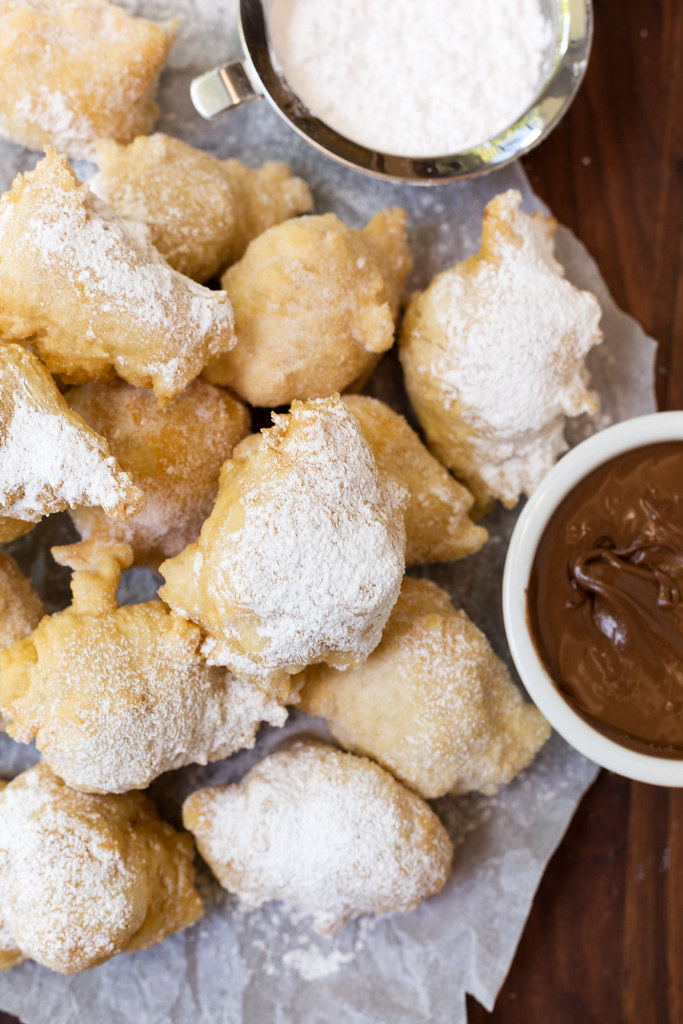 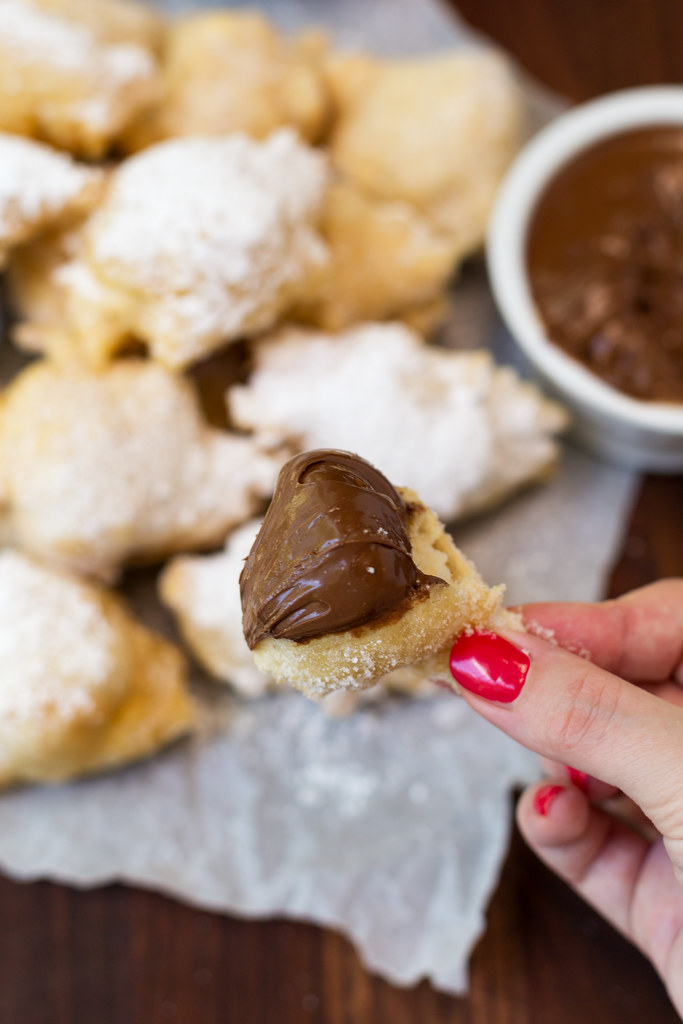 A few zeppole making tips: most importantly, serve them as soon as possible! Zeppole are best eaten warm, shortly after they’re fried. The longer they sit at room temperature, the heavier in texture they become.

The dough will be unlike what you’d expect with doughnuts. It’ll be very soft and stretchy, and not one that you’ll be able to roll, cut into shapes, or knot. I like to use two tablespoons to scoop and ease the dough into the hot oil, though a small cookie scoop lightly coated with room temperature oil also works well.

They’re a fun recipe to make with a helper in the kitchen; one person fries, the other tosses them in sugar as they’re removed from the fryer.

If using granulated or cinnamon sugar, you can either roll the zeppole in sugar in a plate, or shake them in a brown paper bag. The bag also works well with powdered sugar to create an even coating, though I often like how pretty the zeppole look when sprinkled with a sifter or sieve.

Eaten with just the sugar coating or dipped, zeppole are indulgent, moderately messy, and totally delicious. Expect sugar mustaches and drips of chocolate on your chin. They wouldn’t be Josephine’s Zeppole any other way! 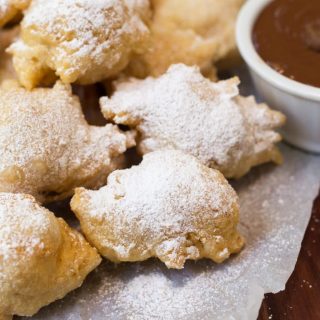 Calories: 186kcal | Carbohydrates: 34g | Protein: 3g | Fat: 3g | Saturated Fat: 3g | Sodium: 98mg | Potassium: 39mg | Fiber: 1g | Sugar: 9g | Calcium: 5mg | Iron: 1.5mg
About our Recipes:Please note that our recipes have been developed using the US Customary measurement system and have not been tested for high altitude/elevation cooking and baking.
Have you made this recipe?Don't forget to leave a comment and rate the recipe below! Take a picture and tag @stripedspatula and #stripedspatula on Instagram for a chance to be featured in our Insta Stories and newsletter!