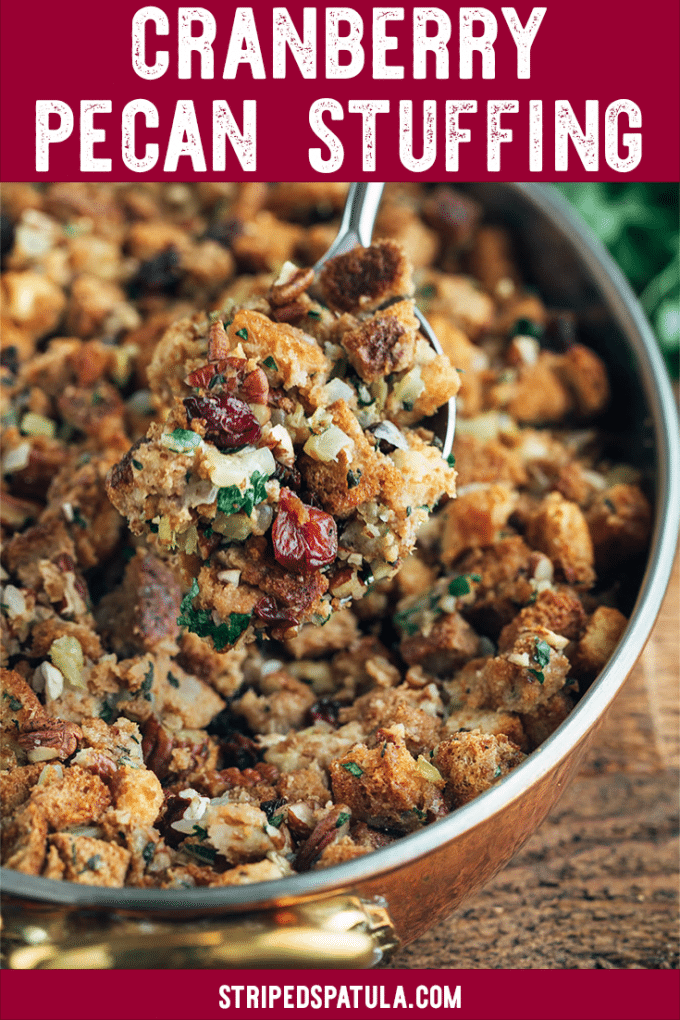 This Cranberry Pecan Stuffing blends whole wheat and country croutons with sweet-tart cranberries, toasted pecans, and herbs. Use vegetable stock for a vegetarian Thanksgiving side dish. 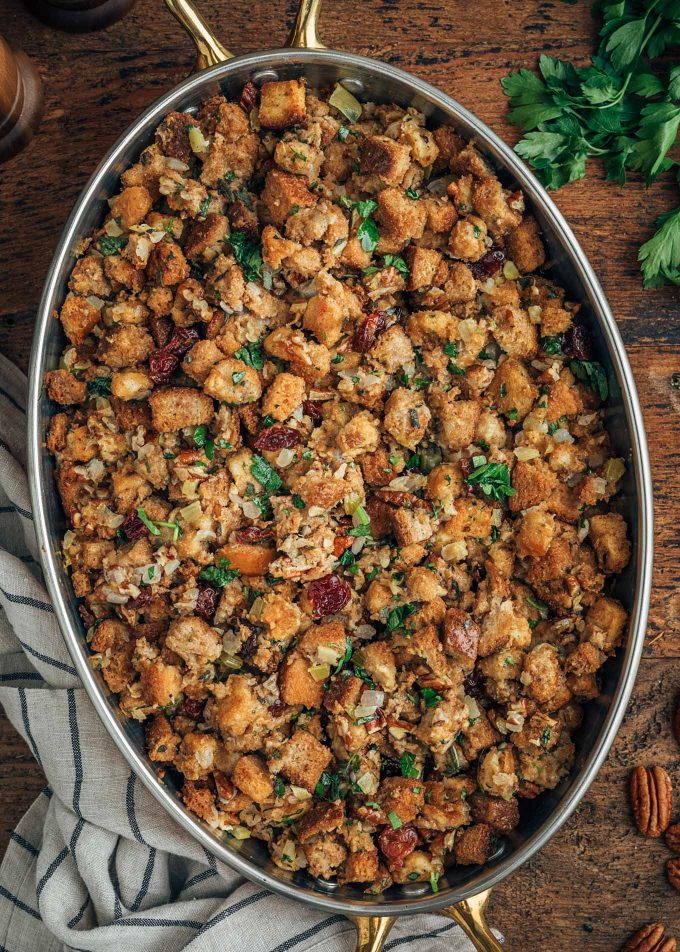 I could make an entire meal out of a bowl of good stuffing. The crispy, buttery edges; the fluffy, broth-soaked croutons; the fragrant herbs! Talk about some of the best of holiday comfort food.

Over the years, my family has enjoyed a couple of different stuffings (or “dressings”) in rotation at our Thanksgiving table, including the Cornbread, Sausage, and Chestnut recipe I shared with you previously. Another of our favorite recipes has become this Cranberry-Pecan Stuffing.

Hearty farmhouse white and whole wheat croutons are tossed with butter-sautéed vegetables, chicken or vegetable stock, and fragrant, fresh herbs. Dried cranberries contrast the savory flavors with a touch of sweetness, and toasted pecans add a satisfying crunch. I love to drizzle this Cranberry Pecan Stuffing with turkey gravy, but it’s also delicious enjoyed on its own. 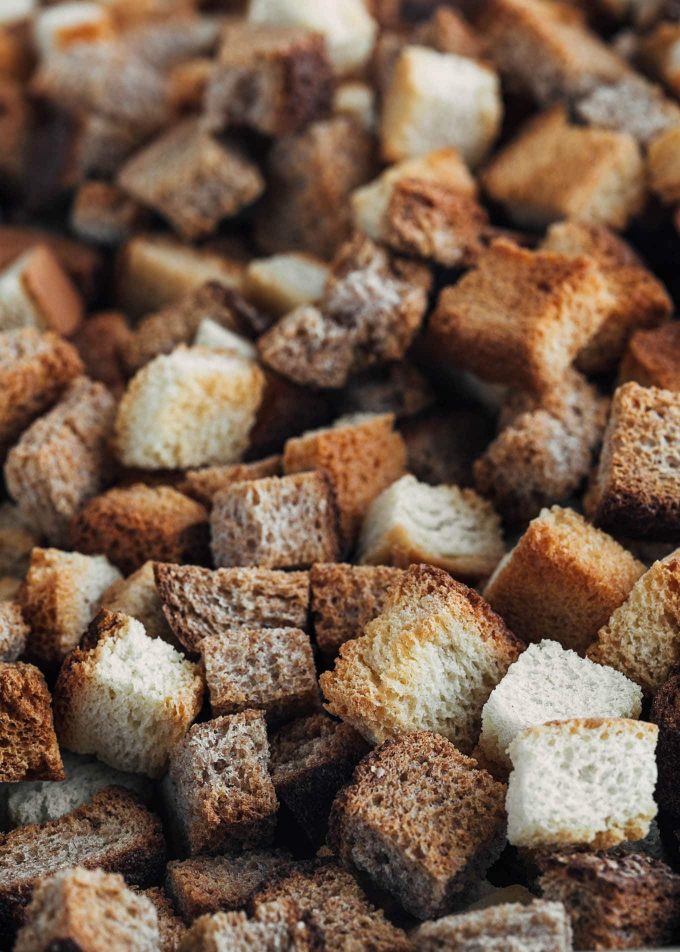 What kind of bread should I use for stuffing?

When I first started developing this recipe last year, I was adamant that I was going to use my favorite artisanal whole wheat and white loaves from my local bakery. If I loved these breads warmed and slathered with whipped butter, they’d make a perfect stuffing, right?

You see, some breads that are nirvana for eating don’t make the kind of fluffy stuffing I was going for with this recipe. Despite having fully dried and crisped the bread cubes in the oven, their starting texture just didn’t allow them to stand up to the liquids needed for a flavorful stuffing.

I had success with “batch two” using denser bakery loaves. Actually, the stuffing was delicious. But, I realized that I was going to have to be so specific about a type of artisan bread that might not be available to everyone, that it might not work for all of my readers.

So, I turned to the commercial bread aisle, and the results were fantastic.

For this recipe, you want to look for white (sandwich) bread labeled “Hearty,” “Country-Style,” or “Farmhouse.” They’re richer loaves that will stand up to the stock and eggs in the recipe well.

I find that commercial whole wheat breads are generally on the denser side, so just about any brand will work here. Avoid anything with a texture that appears light and airy for this recipe. The key is to really dry out the cubes in your oven. They should feel dry and crisp and be lightly-toasted for the best stuffing.

How to Prep Stuffing Ahead for Thanksgiving

One of the keys to pulling off any big holiday dinner with ease is prepping as many recipes ahead as you can. This stuffing is great for prepping a few days in advance.

Two days before the “big day,” toast your bread cubes and pecans. Store them at room temperature (I like to use big zip-top bags).

The day before, chop your onions and celery, and store them in the refrigerator.

Personally, I’m not a fan of fully assembling a pan of stuffing outside of the “day of,” or baking it and reheating. The texture is never quite the same, and with prepped ingredients, it doesn’t take a lot of time to assemble the stuffing on the day you’re going to serve it. Just sauté the vegetables (10 minutes), toss the ingredients together, and bake. 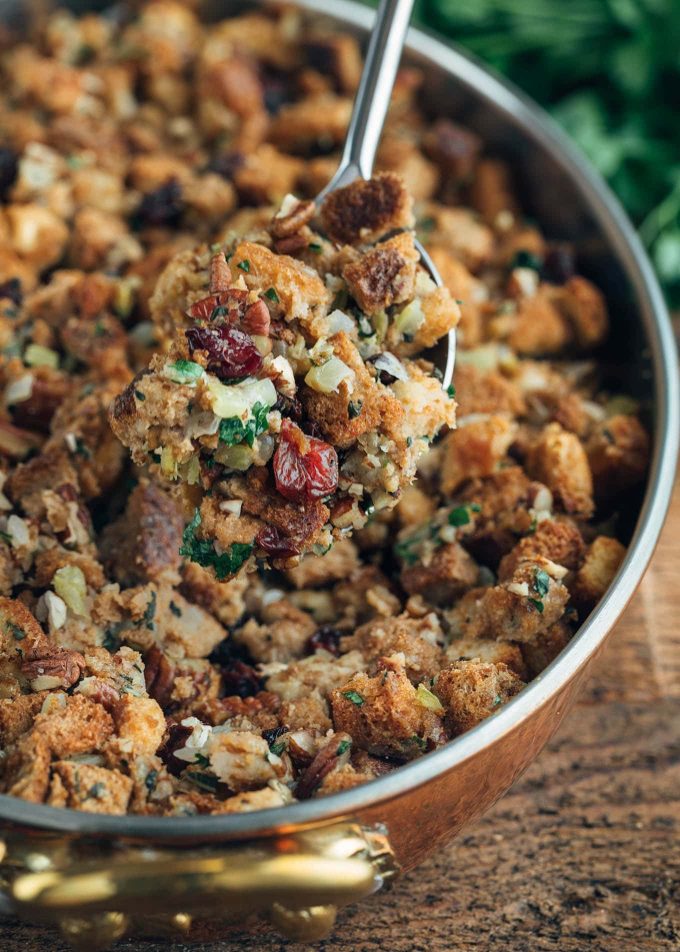 Should I Stuff the Turkey?

The question of whether to bake the “stuffing” in the cavity of the turkey or in a separate pan can be one of the most hotly debated topics of the Thanksgiving meal. (For some extra reading on the subject, check out this blog post from Alton Brown, and “To Stuff or Not to Stuff” from Lauren Salkeld at Epicurious.)

Personally, I’ve done both. I absolutely love the flavor of stuffing baked in the turkey. The big concern here is bacteria. From a food safety standpoint, it’s very important to make sure the stuffing itself has reached 165 degrees F in its center before removing it from the bird.

For the best results, stuff the turkey right before you’re going to roast it, and don’t pack the stuffing into the cavity. The turkey should be loosely stuffed. Any stuffing that won’t fit into the bird should be baked in a separate pan. (Hello, crispy edges!)

Read the USDA guidelines about Turkey Basics with Stuffing, HERE.

Stuffing baked entirely in its own pan (technically, “dressing”), as I’ve done for these photos, is also delicious. Without the benefit of the turkey juices, I like to add a bit more stock to the recipe for the best textured stuffing (more on that in the recipe notes).

Wishing you and yours a delicious Thanksgiving! 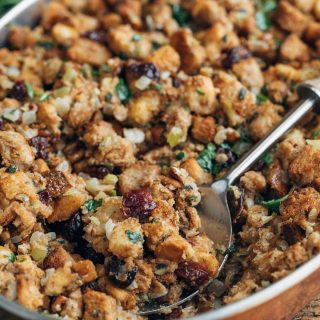 To Stuff a Turkey:

Loosely fill the turkey cavity with freshly-prepared stuffing (do not pack). Be sure the center of the stuffing reaches 165 degrees F before removing it from the bird. Bake any stuffing that won't fit in the turkey in a buttered baking dish, as directed above.

Baking Stuffing in a Pan:

Since pan-cooked stuffing doesn't get the benefit of the turkey juices during baking, I often drizzle a little extra broth over the stuffing in the pan before baking. (About 1/4 to 1/2 cup.) This will result in a softer texture, more reminiscent of stuffing cooked in the bird.

Calories: 296kcal | Carbohydrates: 30g | Protein: 8g | Fat: 16g | Saturated Fat: 6g | Cholesterol: 52mg | Sodium: 355mg | Potassium: 280mg | Fiber: 4g | Sugar: 11g | Vitamin A: 475IU | Vitamin C: 5.1mg | Calcium: 75mg | Iron: 1.8mg
About our Recipes:Please note that our recipes have been developed using the US Customary measurement system and have not been tested for high altitude/elevation cooking and baking.
Have you made this recipe?Don't forget to leave a comment and rate the recipe below! Take a picture and tag @stripedspatula and #stripedspatula on Instagram for a chance to be featured in our Insta Stories and newsletter!

I'm Amanda, and I love to create gourmet, seasonal recipes for every day and entertaining (sometimes, with a splash of bourbon, too). I'm inspired by the beauty of fresh ingredients and believe that there are few bad days that can’t be improved with a warm baguette and a wedge of Brie. 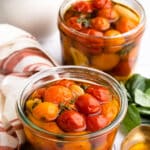 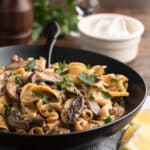 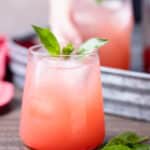 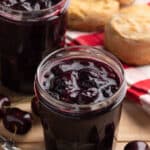